Modern IT has been full of buzzwords and groundbreaking approaches in the past few years. Infrastructure as Code (IaC) is the latter. IaC is the practice of defining your infrastructure through code templates rather than using a GUI or manual effort. Using IaC has several benefits, such as better reusability, CI/CD integration, etc.; but most notably: it helps you achieve greater speed by treating infrastructure like 'cattle' – not' pets.'

While IaC tools have made a long way since they first emerged, and a few purpose-built languages have also popped up, the need to approach such things from traditional programming languages has never disappeared. Pulumi and CDK from AWS are such tools, and, in this blog post, we will be exploring the latter. I have been working with CDK for almost a year, and here are my thoughts.

What is AWS CDK?

For describing infrastructure, there are a couple of approaches with notable differences. Mentioning this topic without the likes of Terraform and HCL is inevitable. Terraform is an IaC tool that uses the HCL (Hashicorp Configuration Language) for infrastructure templates. It is a purpose-built language between traditional programming languages and markup approaches (like AWS CloudFormation). While Terraform supports advanced features like variables and loops, these functionalities are sometimes limited and not as fully featured as you think.

In the past years, infrastructure engineers have understood that configuration languages (like HCL) or markup languages (like CloudFormation with JSON and YAML) are not flexible enough and impose notable compromises when building dynamic infrastructure. Thus, they have been looking into improving the IaC experience for developers who don't want to learn new languages like HCL or understand the complex variable system of CloudFormation, etc.

CDK is a new IaC tool that allows you to describe AWS infrastructure in traditional programming languages: JavaScript, Typescript, Python, Java, C#, and Go. It essentially empowers cloud engineers to use regular programming features, like classes, variables, loops, and many more when working with IaC – and in the end, it is converted into CloudFormation Stacks. As a result, it can be immensely elegant and undeniably cumbersome sometimes. Let's look at the positives and negatives based on my experience with it.

I must admit that the idea of defining things in imperative programming languages – which were traditionally defined by declarative code – felt a bit unnatural to me. So, initially, I had objections towards the core trait of CDK: using programming languages to declare infrastructure. I agree YAML has shortcomings, but somehow it felt more natural and readable to use an actual configuration language to declare configuration.

But I must also admit that CDK somehow grew on me after a year of using it. And now, my objections are no longer in place. Its elegant and concise code reduces boilerplate to a minimum and is something you do by design rather than an effort or something you strive for. Moreover, keeping a high-quality and unified configuration with reusable constructs is easier. Thus, I recommend it – keeping in mind the disadvantages. 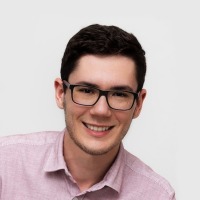 Attila Papp works as a Solution Architect for adesso.